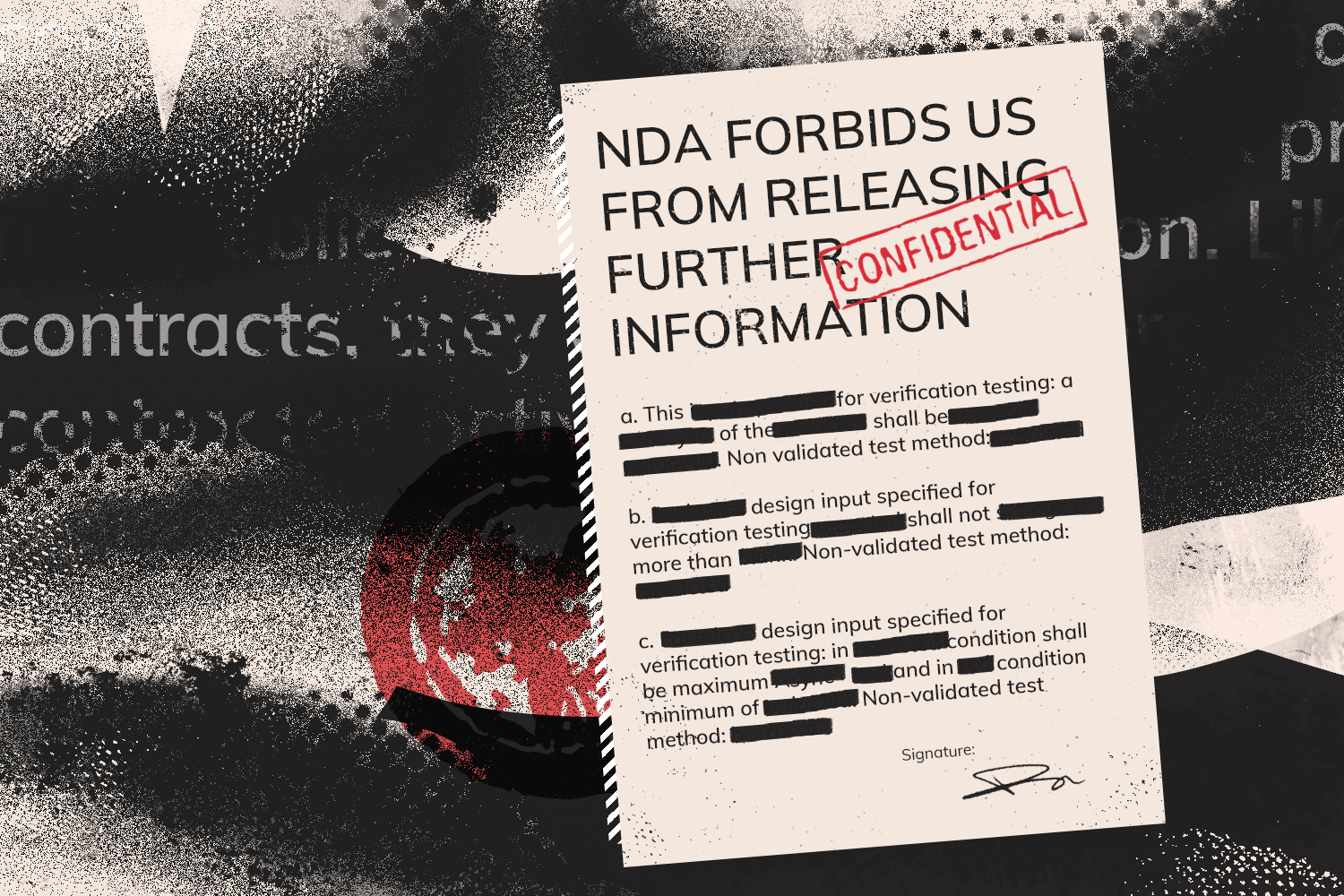 Non-Disclosure Agreements for Software/App Development: How Important Are NDAs?

In today’s world, information means power. By storing confidential information, a company achieves its competitiveness and success, so it is essential to protect it as much as possible to prevent potential losses.

Confidentiality and protection of private data are crucial when building trustful business relationships. It is essential to keep clients’ business as just that – their business.

With NDAs, information or trade secrets can be revealed to the other party, but remain protected against information leakage. In this article, we will explain everything you need to know about non-disclosure agreements and share our free software development NDA agreement template.

Table of Contents hide
1 What is an NDA and how does it work?
2 How many types of NDA are there?
3 Why is an NDA important?
4 Can an NDA protect an idea?
5 What happens if someone violates an NDA?
6 Do I need to sign an NDA?
7 Free non-disclosure agreement for app development

What is an NDA and how does it work?

A non-disclosure agreement (NDA), also known as a confidentiality agreement, is a legal contract between at least two parties. It protects confidential information, knowledge or material and restricts parties to share this information with other parties.

NDA contracts are used to protect intellectual property, such as trade secrets or unpatented ideas.

While starting a new business or product, you will need to discuss confidential information with a third party at some point. It can be a bank, an investor, an accountant, an agency, or others.

Before you start cooperating, you should sign an NDA agreement. NDA obliges each party by law not to disclose your business or product details to anyone not bound by this Agreement.

You can protect different and unrestricted types of data with NDA contracts. Still, these contracts generally cover sensitive data relating to a person or legal matter, details of a new product or concept to help the inventor protect copyright or patent.

How many types of NDA are there?

An NDA agreement can be unilateral or bilateral (mutual).

If you are the only party disclosing the information, you can establish a ‘unilateral’ contract.

By a unilateral NDA contract, one party provides information and the other only receives it. This means that it does not disclose any information. In bilateral NDA agreements, both parties provide and receive information at the same time.

Why is an NDA important?

The purpose of the NDA contract is to protect information whose value would significantly fall if it were made public and available to all.

An essential feature of these agreements is that they are usually concluded before starting the contracting parties’ business. This protects confidential information as a precaution.

An NDA contract can be concluded at different levels. For example, between two companies, between an employer and a worker, between an individual and an intellectual property company.

Can an NDA protect an idea?

When you have a unique idea of ​​an application, it is quite understandable that you want to protect your idea so that it can’t be stolen. The NDA agreement is designed to protect intellectual property, such as patents, copyrights, and trademarks, not just an idea.

The law differentiates explicitly between an idea that’s just an idea or a concept in your head and a physically expressed idea.

No matter how you formulate the NDA, your idea is just an idea and has no legal protection until you identify it or convey it in an identifiable, tangible form. Only then will it be considered intellectual property in the eyes of the law.

Some of the best examples of tangible idea forms are book ideas, website and mobile app content, songs, etc.

For your NDA to be relevant, you have to make sure that your idea has either a paper, plastic, metal, or code form or that you’ve sought protection through the relevant patent, copyright, or trademark offices.

For example, mobile app development is a business in which we need to share crucial information with business partners to achieve our goal. This is where the NDA comes into play. NDA agreements help your intellectual property stay safe, protected, and legally covered without any scope of idea theft.

An idea is just an idea, but an idea that we can “see” is “intellectual property”. Keep this in mind when signing this kind of legal agreement.

What happens if someone violates an NDA?

The NDA is signed to keep protected data and trade secrets safe in a competitive market. At Async Labs, we are very cautious about conflicts of interest and data confidentiality.

Violation of the NDA contract leads to a liability for damages for the party who violated the contractual provisions.

Therefore, the injured party is entitled to compensation for damages, i.e., monetary compensation, which covers the damage and costs from the violation.

An NDA is a type of agreement used to protect data or information from any data leakage in the market.

The company, startup, brand and organization are focused on the NDA to protect their idea in the marketplace.

Unless you have 100% confidential materials, sharing your idea does not mean that no one can ever work on a similar product.

There are a few most common situations in which you need to sign an NDA:

The best way to present what NDA is and what it includes for software/app development is to share our free software development NDA agreement template with you.

NDA contracts are designed to protect your most important business assets. This is why you must carefully invest time in compiling the NDA and covering the essential points.

In the end, it is up to you to decide if you have information that is worth drafting an NDA with legal assistance.

If you plan to compile an NDA and want it signed by the other party, ensure that it is written by a lawyer and does not last longer than five years. Also, never sign an NDA that is not in your favor and be sure to read our disclaimer.

Disclaimer: This article is not a substitute for professional legal advice. At Async Labs, we love to share our knowledge, experience and approach to help you deal with NDAs. For more information regarding your business, always seek legal advice.

How to Comment On Your Facebook Page from Your Personal Account 01 Oct, 2020 / Digital marketing Why Use Node.js for Web Development? 28 Oct, 2020 / Software development
Welcome to our side. We have cookies (to enhance your user experience).