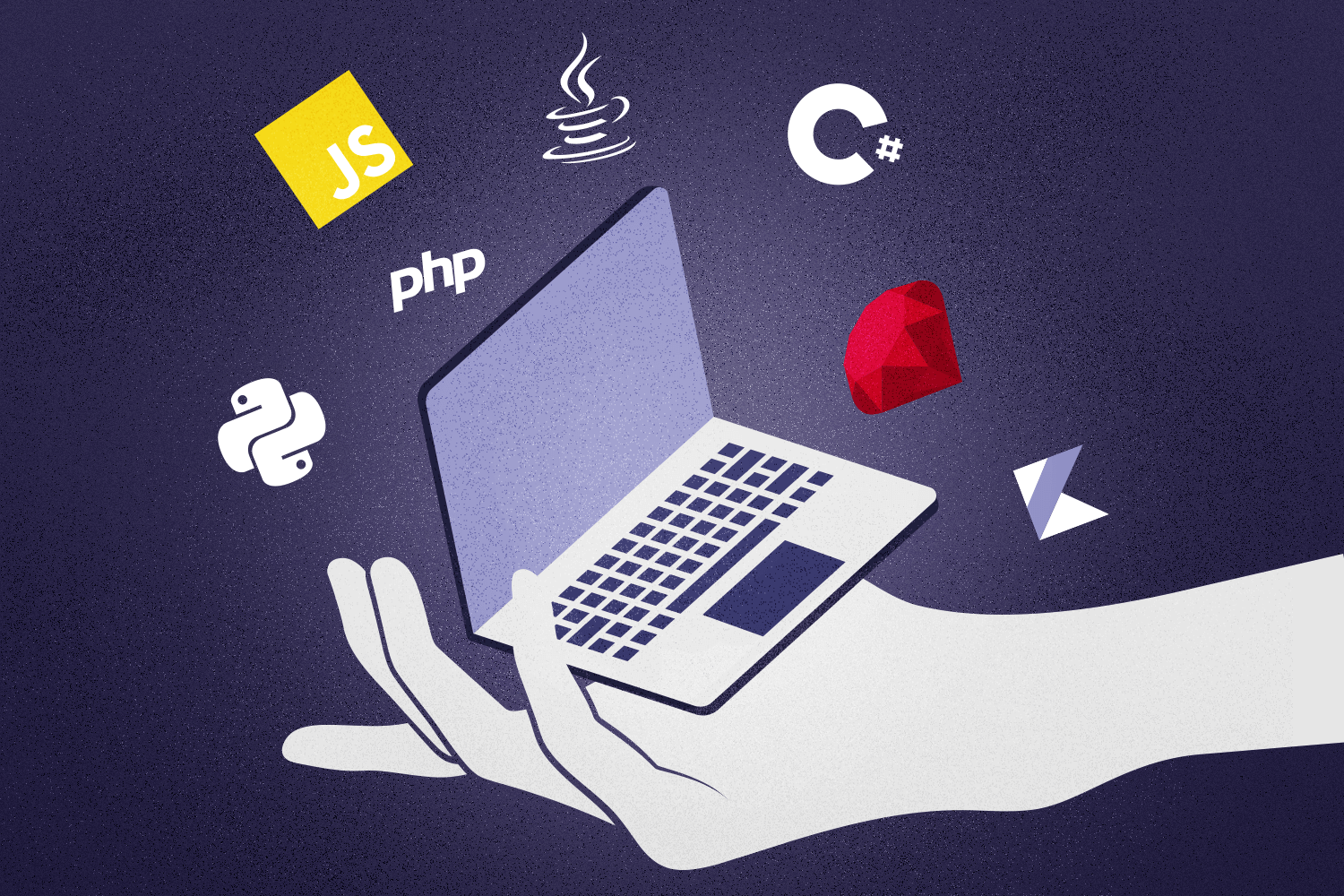 How to Choose the Right Backend Technology for Your App

Since the backend is responsible for the way the site works, updates, and changes, choosing the backend technologies behind the app is the first and the most critical step of this long journey.

If you are reading this and you’ve come up with a brilliant idea for a web application, congrats!

Backend web development is related to the business logic that runs on the server and communicates directly with the database while giving the client-side an interface to access that data.

It is also called server-side development because the backend does everything that happens in the application. Now let’s dive deeper and see how the backend works and what languages are used for backend development.

What are backend technologies?

Backend is the website’s engine that consists of different parts related to the database, server, and app. Lots of tech specialists associate it with the root of the site. Backend is one of the essential parts of web development.

Therefore, technologies of the backend that will be in demand in 2021 can impact the whole industry. No doubt that the backend is one of the essential parts of web development.

The backend includes all actions in the system after the frontend data is sent to the server.

*If you got lost in translation with all these programming languages, let us explain these languages one by one.

Don’t let the industry terminology scare you. Each expert was once a beginner too.

What are the best backend technologies in 2022?

Have a great idea for your new startup? Let’s get acquainted with the most appropriate technologies of the backend.

The most common and widely used backend technologies are web programming languages Ruby, Python, PHP, and NodeJS. Each of them must be paired with the right frameworks, libraries, and runtime environments to ensure success.

At Async Labs, our primary backend technologies are PHP and NodeJS, but we are open to other technologies, so we have systems in C #, Python, and Ruby.

Let’s take a look at popular backend development languages, see what they’re used for, and which is the best backend language.

Java is the world’s most popular programming language that developers have used for over 20 years. It is highly versatile, and its use spans from smartphones to smart cards.

It is very popular with desktop and business software developers. Still, it is less beginner-friendly than Python because it requires more code to build out features.

PHP is a simple but also powerful language that we use to create dynamic websites. It is a dynamically typed language, great for those who are just starting. With this language, you can collect data, generate dynamic page content, send and receive cookies, write command line and server-side scripting, and write desktop applications.

PHP is the programming language used for minimum viable product development. It can be used with different frameworks like Symfony, Laravel, Yii, or WordPress (yes, it is a CMS, but can also be used as a framework) to speed up the development process and to create microservices and full-fledged web applications.

PHP can be used on most operating systems, from Unix to Windows and Mac OS X.

JavaScript is a programming language that can be used for both the frontend and backend. It’s an excellent language for beginners because you can quickly start coding in your browser.

JavaScript allows us to create dynamic web pages in combination with HTML and CSS technologies. Using JavaScript, we can change the content on the page depending on how users interact with the site.

Anyone with previous experience in programming can quickly master JavaScript, especially since the syntax of the JavaScript language is found in other popular languages ​​like C ++, C #, Java, and others.

Node is a platform for building fast and scalable applications. This backend framework suits streaming web apps or messaging applications development, and it also allows building cross-platform apps. Finally, as Node.js is part of the robust JS package, you can create both frontend and backend with this framework.

With the addition of NodeJS as a backend implementation of JavaScript, backend technologies got another addition to its menu. NodeJS allows simpler handling of “parallel” requests due to its asynchronous core that allows handling of many requests while waiting for “slow” database responses.

For example, we can change the text in a paragraph by clicking a button. We can create storage variables for JavaScript and use different methods to make the page more interesting. Then we can submit a request to the backend NodeJS server that will fetch data from the database and allow us to change live page content without reloading the page itself.

Kotlin is the most promising programming language to learn. It ranks among the top best-loved assembly language programming options for Android. Kotlin is efficient, easy to understand and learn, and quite effective in the way it codes your applications. No wonder why both professional programmers and amateurs love it.

Python is the fastest-growing programming language used for both web and desktop development. Just like Java, it is pretty straightforward and accessible for those starting out. Compared to other backend languages, its syntax is simple and easy to understand.

Python allows using multiple handy frameworks, and one of them is Django. This web framework enhances software development. It speeds it up and makes it scalable and reliable. The combination of Python and Django provides you with many capabilities for creating brand-new software.

The most popular uses for Python include simple web development, cross-platform shell scripting, and quick automation.

Ruby is an object-oriented, general-purpose programming language. It was designed and developed by the Japanese Yukihiro Matsumoto in the mid-1990s. Ruby is designed as a language that would help developers be more productive and enjoy their work more.

When designing Ruby, Matsumoto followed the principles of designing user interfaces and paid more attention to humans and less to the needs of computers.

Most programming languages ​​are machine-focused, offering various options for managing computer resources (memory, processor, etc.). Ruby has a focus on the developer.

It usually doesn’t matter what exactly happens to the memory and how the processor is used. The emphasis is that the program makes logical sense for anyone who reads it, whether is familiar with Ruby or not. Ruby is simply a fun programming language.

Ruby on Rails is based on the “convention over configuration” programming paradigm, which advocates reducing the number of decisions developers make without necessarily losing flexibility.

This means you can focus on your business logic and not have to worry about other things, which is crucial to iterate quickly and prototyping.

In simple terms, C# is a programming language, whereas .NET is the framework on which the language is built.

C# is a high-level, object-oriented computer language, very popular among developers. It allows developers to write independent programs and has the power of C++ (another backend language) but is easier to use.

The .NET framework is the management tool for a shared library of code that developers can use, so they don’t have to write code from scratch every time.

How to choose backend technologies? Let’s sum it up

Today, there are many programming languages, but only a few are frequently in use.

When choosing backend technology, the most important criteria are speed, reliability, and scalability. And this is something you should look for in technology.

Before opting out for the most beneficial programming language for a particular project, follow your company’s requirements, not just industry trends.

We hope that this review has given you a clearer picture of backend technologies and the capabilities of the most popular programming languages.

With Async Labs, a wealth of professional expertise is at your fingertips. Stand out in a digital world and do the best you can to exceed your business goals. Give us a call or send an email, and let us turn your brilliant idea into inspiring reality!

Email Marketing for Hotels: 8 Emails Your Guests Want to Read 14 May, 2021 / Digital marketing What Is a Brand App and Why Your Business Needs It? 31 May, 2021 / Digital Design, Software development
Welcome to our side. We have cookies (to enhance your user experience).