Ethereum smart contract developers sometimes need to set up their own private blockchain network. In this article, we will try to give you a step by step instructions on how to set up an Ethereum Geth client on the Linux (Ubuntu) platform, which is used to create your own blockchain network.

Table of Contents hide
1 What is Geth in ethereum?
2 How do you run Geth?

What is Geth in ethereum?

geth is a command-line interface for running a full ethereum node implemented in the programming language Go. What we can do with Geth client? Well, a couple of things, including:

geth client is available for most popular operating systems, so you can install it on Linux, OsX or Windows.

How do you run Geth?

We decided to install geth client via the built-in Launchpad PPAs. Ethereum team provided a single PPA repository that contains both their stable and develop release for Ubuntu.

To enable launchpad repository, open terminal and execute this command:

When you are done with that, you have to decide which release you would like to install. It can be stable or unstable. We will choose a stable version.

Now execute a command to update everything.

When updating is done, run apt-get command that will install ethereum on your os. 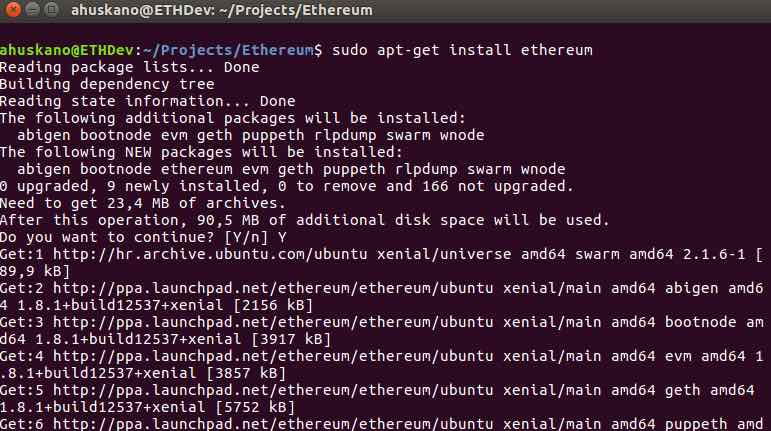 You will be asked about additional disk space, which you should allow by typing Y, otherwise, you won’t be able to install ethereum. If you continue installing, it will install everything you need for running Ethereum blockchain node, including geth client that we want to install.

When it’s done, you should see something like this: 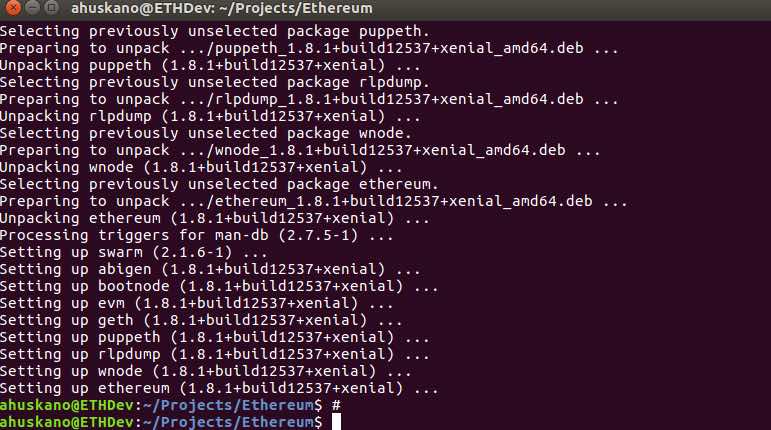 And we are done!

To check if everything is installed correctly, try to run geth. If the Ethereum peer to peer node starts turning on, you are good.