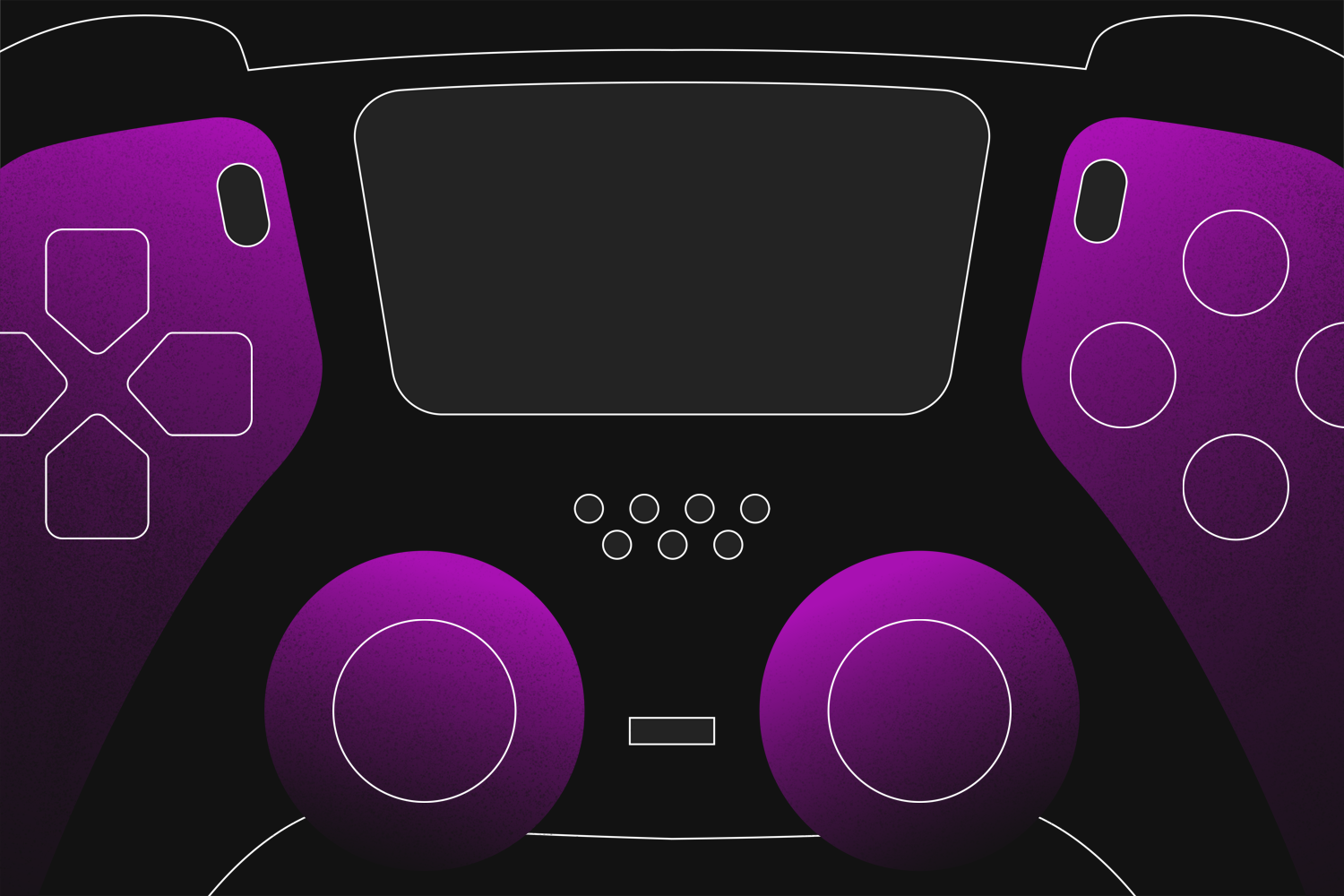 How to Advance Your Career With a Gaming Background?

Despite the growing popularity of the gaming industry, ever since the first gaming consoles were introduced decades ago, the general perception on gaming has been sceptic and even judgemental. Even so, the number of active gamers has been continuously increasing over the years, reaching around 3 billion in 2022. Still, gaming is very often perceived as a waste of time, a “geek” hobby and an escape from reality, one that can easily lead to addiction.

However, the gaming community is continuously growing and despite somewhat negative perception, it is providing friendships and support systems for anyone involved. Furthermore, recent studies have shown that having a gaming background can help develop and boost skills that can very much be useful in career development and life in general.

In the past, gaming has often been overlooked as a habit that can easily lead to addictive behaviour. It seems this perception was highly influenced by movie culture of the 90s and 2000s which mostly presented gamers as teenagers and young adults, usually males, who spend their entire days on the computer without sunlight, with a can of coke, surrounded with fried chicken and with little to no social contact.

The interpretation of the word geek as a male teenager, mostly a smart introvert with low self esteem who likes to spend his days playing video games to escape his daily reality, was also born. In real life, this extreme was probably not the case. The important thing is to emphasise that the perception is not that black and white and there are many layers between playing for fun and developing a gaming disorder.

Gaming background is for the cool kids

Excess gaming can have negative side effects on mental and physical health, social life, finances, etc. but not all who suffer from some kind of gaming disorder lead lives as we used to watch in millennial movies.

According to Game Quitters, statistics show that from today’s 3 billion active gamers there are less than 4% of those with some sort of gaming disorder or addiction while the average age of gamers is 35.  Accordingly, we can presume that a significant part of active gamers are (younger) adults with functional lives and everyday jobs. People who live among us but perhaps prefer the solitude of their home and online conversations over brunches and after work drinks.

The important thing is that the stigma around gaming seems to be changing with the influence of social media on our everyday lives. Gaming seems not that geeky anymore and with a changing perception in today’s pop culture, with the help of TV shows like The Witcher, is even becoming more cool.

Furthermore, gamers don’t have to be antisocial introverts while gaming itself is becoming a team sport and even offering new sources of income. Since it evidently has an influence on any player’s everyday life, it became noticeable that a gaming background can provide certain skills that can help you boost your career.

Researches show that gaming culture upgraded and, for many, changed for better, once multiplayer gaming was introduced. The social aspect of gaming was improved because players were now able to connect and interact from different computers. Technology advancements and continuous improvements and inventions, each time thrilled players and attracted new ones but also enabled them to share gaming as a hobby and a group activity.

Another consequence of multiplayer gaming and first-person shooter games are so called “clans”. These can be looked at as communities within the large community of video gamers because they represent a group of players, ranging from 4 to thousands. They continuously play together, interact and share the same goals and interests. Consequently, online gaming platforms where different clans rate and compete against each other, became extremely popular.

At Async Labs, Dominik is an iOS Developer and he’s been into video games since his 1st grade. Like many others, he started his gaming journey with Counter Strike.

My cousin was visiting. He just came and installed CS and that was it. With a few pause periods, I’ve been playing it ever since. Then came League of Legends, Dota, FIFA, etc. I’ve always been playing multiplayer games and my favourites still are the ones that require you to develop and upgrade your skills rather than the ones that are mostly based on a certain storyline. I’ve always found the competitive side of these games attractive. You are required to develop your skills and strategies constantly which was always more fun to me.

Gaming background can be useful

Basically it became impossible not to notice the growing gaming community and industry trends brought by tech advancement and inventions such as blockchain technology which already has a huge impact on the gaming world.

Even though the “waste of time” perception on gaming is still not gone, the industry expanded in aspects of technology, age and gender since, by Forbes, almost half of active world players are represented by women. As the perception and talk about gaming started to change, people began to notice and appreciate the positive aspects gaming background can have on someone.

Being a part of a deeply connected and diverse community that represents a support system, not only in the gaming sphere but everyday life, is definitely on the top list of gaming advantages. On the other hand, the social aspect heightened by multiplayer gaming is exactly what enables players to develop specific skills that can be useful not only in career development but throughout life.

Personally, I always prefer live, eye to eye social interactions but can totally understand how sharing the same interests in the gaming world can lead to making real life connections and long lasting friendships. The gaming community represents a type of networking with all kinds of people from different parts of the world. Having these kinds of connections has proven to be quite useful regarding both gaming and real life issues like searching for a job, moving to a different country, looking for an apartment, different kinds of advice, etc. On the other hand, you also have an opportunity to learn about other cultures and languages which can all be very educational.

Respecting and collaborating with other players is an essential part of multiplayer gaming just like it is in any kind of team work in general. Recent studies even suggest that companies should encourage their workers to play video games together because it has the potential of increasing their productivity at work by 20%.

Solving a task or working on a project basically have the same principle as multiplayer gaming. Your team’s mission is to deliver a certain task until a certain deadline. Each team member has their own subtask to fulfil that will contribute to the outcome of the task or project on hand. If someone fails to complete their subtask the project outcome will suffer and all other team members will be affected. The exact same principle works when playing most multiplayer video games. That is why you need to be effective and efficient as much as you need to be flexible, understanding, calm, cooperative and even emphatic sometimes. Having a gaming background can truly help you develop and nourish these skills.

Ever heard of the term “successful failure”? In general, it refers to the process of learning from one’s mistakes while trying to achieve a certain goal and failing to do so. Psychology says that failing successfully can have a significant impact on many areas of a person’s life, but mostly on character growth and maturity.

While in gaming, failing and trying to succeed can easily lead to addiction and a certain kind of obsession, on the other hand, it encourages developing problem solving skills like resourcefulness, determination and efficiency, all very much useful in a real life, day job.

Basically, in many situations you must act quickly while always thinking a few steps ahead. Being aware of your surroundings while analysing your game strategy with readiness to react whenever necessary with the best possible outcome for you and your team is a true challenge. Planning, creativity and resourcefulness are all important and useful trades for building one’s career, and gaming offers a great opportunity for practice.

You can approach most video games by determining the main objective and then dividing it into multiple smaller and more simpler ones. Putting focus onto these smaller objectives and creating strategies towards them will help you to finally accomplish your main objective easily and more efficiently. Gaming taught me this and with time I’ve learned to implement the same strategies on different spheres of my life like programming, finishing college, relationships, etc.

Communication is the main way of interaction in gaming. Whether it is through chat, voice or forums, it’s inevitable for players to interact because they depend on each other and plan their gaming strategies together.

Even conflicts, as in any other area of communication, are common. In this specific environment they can help players to be more direct, to express their opinion clearly and learn to talk back. CCN states, that while more introverted people have a chance to socialise and open up from a safe distance, studies have shown that for children, gaming helps improve communication and reading and writing skills.

Even though it might not be obvious at first thought, gaming requires a certain amount of empathy, the ability to understand others and to adapt when necessary. Consequently, all this leads to better reactiveness in conflicts – a skill we all require not just in our work, but in everyday life situations.

As a continuous global phenomenon, gaming is as popular as ever and so is the community of online and offline players growing consequently. Technology allows us to enter the virtual fantasy worlds and practise skills that we already have or wish to gain, all while having fun and exploring our very own interests.

In a way, gaming is an escape from reality which doesn’t have to be a bad thing at all. We all need something to relax and unwind from our dynamic and busy everyday lives and it is on us to use those perks wisely and try to get the most out of it.

Because isn’t it great to know that something that you consider a hobby and detach it from your work and everyday obligations can actually help you to improve in those exact same areas? We sure think it is!